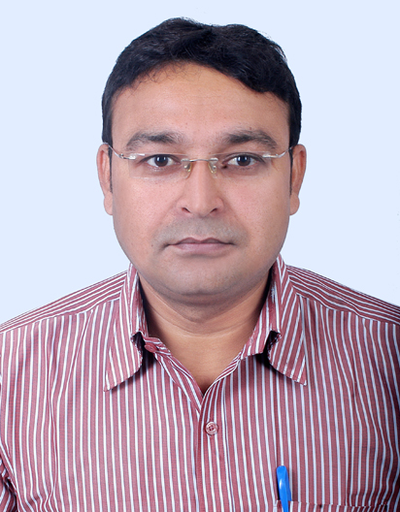 Dr. Nripendra Tiwari is Assistant Professor of Department of Anatomy, Kathmandu Medical College, Duwakot. He has accomplished his BDS degree from B. P. Koirala Institute of Health Sciences, Dharan in year 2006. He has served at Sagarmatha Zonal Hospital, Rajbiraj, Sunsari District Hospital, Inaruwa, Koshi Zonal Hospital, Biratnagar, and Dhankuta District Hospital, Dhankuta during community Oriented Compulsory Rotary Internship program (COCRRIP) from 2005 to 2006 organized by BPKIHS, Dharan. He has also completed Master of Surgery (M.S.) in Anatomy from Kathmandu Medical College, Kathmandu University in 2015. He has also completed Master of Health Care Management (MHCM) from Pokhara University in 2011, by scoring CGPA score of 3.98, for which he was awarded the Chancellor Medal for securing the first position in Master Level Examinations of the year 2011 AD and also included in DEAN’S LIST in recognition of an outstanding meritorious achievement dated 21st February, 2021. He is life member of Nepal Medical Association and Nepal Dental Association. He has been nominated as member of Nepal Medical Association Council since 2008 to 2011. He has served as mentor for MBBS I and IInd year students of different batches of KMCTH from 2017 till date.  He has been awarded with Laxmi Education Gold Medal for achieving highest marks among all Management Courses in Pokhara University on 21st February, 2021. He has also been awarded with Nepal Bidhaya Bhusan (Kha), President Award by first President of Nepal, Dr. Ram Baran Yadav on 22nd Bhadra, 2068 B.S.  He has also been recognized as Fellow of the International College of Continuing Dental Education (ICCDE) dated August, 2017 at Singapore. He is also the ordinary member of Association of Health Professions Educationists of Nepal (AHPEN) from December 2017 till date. His health related articles have been published in different magazines, national daily newspapers and national and international journals.

B. P. Koirala institute of Health Sciences, Dharan in year 2006

Master of Surgery (M.S.) in Anatomy from 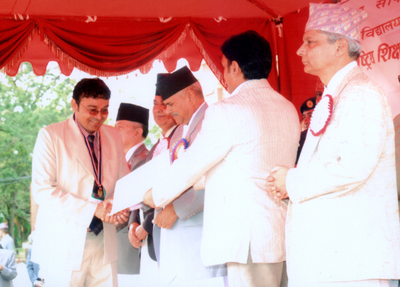